Naproxen or naproxen sodium is a medicine that is used in a variety of bone and joint disorders, particularly arthritis, because of its unique and potent anti-inflammatory effect.

Find out the relevant products below and buy Naproxen Sodium Tablets. 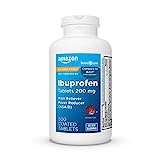 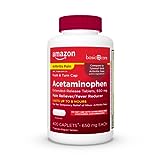 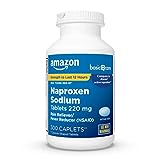 We found these products are better alternative or related to Naproxen Sodium Tablets.
It is also used by patients who are suffering from acute gout and even morning stiffness. Naproxen is a non-steroidal anti-inflammatory drug (NSAID) and is usually available in a dosage of 250mg, 375mg and 500 mg.

How does Naproxen act?

By nature, Naproxen is a COX-1 and COX-2 inhibitor i.e. it acts by blocking or slowing the production of prostaglandins, hormones responsible for causing inflammation, swelling and pain. It is a lipid-soluble drug, meaning that it dissolves in the protein structures of tissues.  In addition to providing relief to the physical pain felt by the patient, it also reduces the swelling on the joints and increases the moving ability of the patients who eventually find themselves able to perform tasks with greater ease than before.

What is Naproxen used for (indications)?

Naproxen is used in a variety of bone and joint disorders, particularly arthritis (such as rheumatoid arthritis, osteoarthritis, juvenile rheumatoid arthritis, and ankylosing spondylitis) because of its unique and potent anti-inflammatory effect. It is also used by the patients who are suffering from acute gout and morning stiffness.

When And How Should You Use Naproxen?

Patients who are experiencing pain and inflexibility in their joints anywhere in the body have been diagnosed with osteoarthritis or rheumatoid arthritis should take tablets according to the doctor’s orders.

It is not necessary to take Naproxen with food and once can also do without it but most of the doctors recommend that although it is not essential, it is better if the drug is taken with something else to eat since it does not upset the stomach or cause acidity that way. Even water works.

In what kind of people, this drug should not be used (contraindications)?

Those people who have taken Naproxen before and it has had an adverse affect should also refrain from giving it another try. Elderly people are also advised to steer clear of using Naproxen since it could lead to stomach ulcers or intestinal problems.

Patients undergoing surgery (especially that related to the heart) are directed not to take Naproxen as it has a small risk of causing a heart attack or seizure.

Similarly, if a person has a history of blood clotting disorders or any other allergic reactions, is a smoker or an alcoholic or has a problem (even trivial) with the heart, kidney or the liver should not take Naproxen without consulting a doctor first. Even the people going through mild gastritis are better off talking to their doctor, in case their condition becomes worse.

Is Naproxen safe during pregnancy?

Pregnant women should strictly avoid taking Naproxen, especially in their last few months. Naproxen can also be released into breast milk and, therefore, should not be used by nursing moms.

How long does it take to act?

Most patients have stated that it takes a little less than half an hour for pain relief after having taken Naproxen. Some have also stated it acts more quickly if taken with food. In any case, it is known to cause immense relief and is a pretty popular drug for usage in arthritis and other joint pain related conditions.

Are there any side effects (safety profile)?

Naproxen is commonly known to cause diarrhoea, constipation, drowsiness and headaches. Other adverse effects may include having trouble falling asleep or feeling thirst along with a strange feeling in the arms and the legs.

The most drastic risks of Naproxen are of stomach bleeding and formation of holes in the digestive tract (perforation) along with the intestinal bleeding. It is best to immediately call your doctor if any of these symptoms are even slightly occurring after having taken the drug.

Things You Should Discuss With Your Doctor Before Taking Naproxen

Naproxen is not suitable for usage in people with certain medical conditions, such as heart or cardiovascular disease. Also, you must remember that like other NSAIDs, Naproxen only works to resolve or improve your symptoms temporarily and will not cure the root cause of the problem.

In addition, if you are already taking some drugs for the treatment of some other existing conditions, do let your doctor know as Naproxen may also interact adversely with other drugs such as diabetes medications, sulfa-based drugs, other NSAIDs, beta-blockers, lithium, and some other medications.